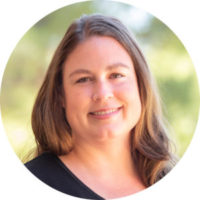 A Workshop Created In the Name of Love

Each June in the US is designated as LGBTQ+ Pride Month. While it’s usually a festive time when many cities host Pride celebrations, parades, festivals, and more, the month of June was actually chosen to commemorate the 1969 Stonewall Riots. June 2019 marked the 50th anniversary of this historic protest, which was a major turning point in the LGBTQ+ rights movement. While the event happened in New York City, the impact was felt far beyond Manhattan.

To recap, police raided the Stonewall Inn bar in Greenwich Village on June 28, 1969 because it was illegal in New York to sell alcohol to any “known” community member. The Stonewall Inn was a gathering place for those unwelcome everywhere else at that time – transgender folks, homeless youth, and young adults rejected by their families, folks thrown out of school or the military. There were no LGBTQ+ community resources available, so they gathered where they could to support each other. For six days after the raid, activists risked their safety to protest and riot, even though they had no protections under the law. The riots sparked the beginning of LGBTQ+ groups organizing, with the purpose of truly getting traction on equal rights and supporting one another in a deeper way.

Another landmark US event also happened in June — this time on June 26, 2015 — when marriage equality was recognized by the United States Supreme Court. LGBTQ+ community members and allies may recall the powerful final words of the decision written by Anthony Kennedy: “No union is more profound than marriage, for it embodies the highest ideals of love, fidelity, devotion, sacrifice, and family. In forming a marital union, two people become something greater than once they were. As some of the petitioners in these cases demonstrate, marriage embodies a love that may endure even past death. It would misunderstand these men and women to say they disrespect the idea of marriage. Their plea is that they do respect it, respect it so deeply that they seek to find its fulfillment for themselves. Their hope is not to be condemned to live in loneliness, excluded from one of civilization’s oldest institutions. They ask for equal dignity in the eyes of the law. The Constitution grants them that right. The judgment of the Court of Appeals for the Sixth Circuit is reversed. It is so ordered.”

“Community members know that it is a unique experience to be a minority for your identity or orientation …. That paradox is why community members must have places to come together.”

Such progress was felt: “love is love!” we shouted. But less than a year later, 49 people were killed in a hate crime at Pulse Nightclub in Orlando, Florida. What I recall personally about the coverage of that tragedy was how it seemed to receive less attention than other tragedies of that magnitude had previously (and since, painfully). Also, it was not being referred to as a hate crime or as an attack on the LGBTQ+ community.

It was almost as if American culture in general was afraid to let the words leave their lips. Less than a year before was the marriage equality legalization — wasn’t everything LGBTQ+ supposed to be rainbows, Pride parades, and unicorns now?

Being LGBTQ+ is about both the bright and dark, the joy and pain, both the rainbow and the storm that rainbow has had to rise up from. Community members know that it is a unique experience to be a minority for your identity or orientation — who you are, who you love. It comes with deep pain and isolation at times, and with the most jubilant expressions of individuality and belonging that could ever exist. That paradox is why community members must have places to come together. In June, and every other month and day of the year. To be who we are, in the name of love.

That’s why I created the Coming Home workshop, to offer a place for community members to be in deep empathy with each other, to feel safe, to be who they truly are, and to come home to themselves, in the name of love. That’s really what recovery — and healing — is all about.

Find out more about the Coming Home workshop at Rio Retreat and how you can join us in March, July, or November 2020.