For as long as humans have been on this planet and coupling has been in existence, cheating has been part of the equation. For centuries, men have been labeled the most prolific when it comes to infidelity. And perhaps rightfully so.

Long-held cultural beliefs regarding sexuality have excused infidelity among men as more natural and expected as part of manhood. The “boys will be boys” toxic masculinity has spawned some pretty damning headlines in our culture, from pedophile priests, Hollywood moguls, and beloved television icons engaged in all kind of sexual abuse, assault, and harassment.

But the sexual revolution and the feminist movement of the 1960s gave rise to modern ideologies about sexuality and independence that shifted the playing field. The “Me Too” movement in 2006 ignited in response to decades of sexual abuse and powerlessness. Women are claiming their power and the freedom to choose the life they want.

The digital age exponentially increased the accessibility, affordability, and anonymity of sexual content and contact, 24/7, on a device you carry in your pocket. So, it comes as no surprise that not only is infidelity on the rise in both genders — 20% of men versus 13% of women, according to data from General Social Survey (GSS) — but also that women are cheating more than ever before. 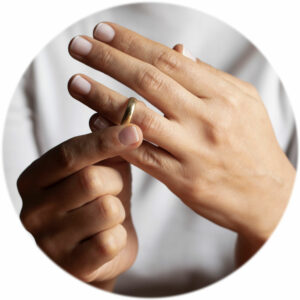 Cheating isn’t as simple as you might think. Infidelity involves myriad motivations and patterns that reach beyond stereotypical gender assumptions.

Evolutionary science suggests the male species is motivated by power and success and that attracting or mating with multiple women is a sign — however secretive — of both. In earlier decades, before the digital age, men worked outside the home and had more opportunity to physically cheat and not get caught.

In theory, women have been historically less likely to cheat, in part, due to fewer opportunities outside the home, and arguably, because they tend to be motivated toward commitment by stability, producing children, and social expectations.

As reported in Fatherly, couples therapist and author of When You’re The One Who Cheats, Dr. Tammy Nelson says there’s reason to suspect that when women cheat, they may not only be cheating more, but hiding it better.

“We don’t know if more men or more women are caught cheating, on average, but it would make sense,” says Nelson. “Traditionally, women have faced harsher punishment for cheating.” Perhaps in a culture more accepting of infidelity, where the stakes are lower, women simply admit to cheating more often than in decades past.

It’s a given that infidelity is part of the human experience for both men and women. The question to ask then, is, Why?

From a biological, evolutionary standpoint, one can argue that men are more likely to cheat because the opportunity presents itself, whereas women mostly cheat when they feel unloved, underappreciated, and not understood by their partners. But there’s more to a cheating wife or cheating girlfriend than biology.

These factors not only explain why people cheat but how long they continue to do so. The root of the motivation determines the sexual enjoyment and emotional investment in the affair, and whether their primary relationship ends in the wake of it.

Relationship therapist Esther Perel, author of The State of Affairs: Rethinking Infidelity, tells Red (an online UK publication) that there are many reasons for infidelity, but no singular common thread. “Definitely mortality, fear of aging, deadness” all come into play, she says, but “neglect is probably the biggest one.”

When infidelity comes to light, coping with betrayal is difficult, regardless of gender. Betrayal exacts a wound that destroys self-esteem and sexual confidence, damages relationships with children and friends, and often leads to depression, among other issues.

Women may be cheating more than ever before, but the fallout from infidelity can be especially devastating, whether the woman is the betrayed or the one betraying.

As Perel puts it, “catastrophe has a way of propelling us into the essence of things.” There are wake-up affairs or break-up affairs, and she believes that, for many couples, infidelity can lead to a greater understanding of oneself, the partner who betrayed, and of the root causes that made the betrayal possible.

Struggling with betrayal? The Betrayal Bond Workshop at Rio Retreat Center at The Meadows is designed to help anyone coping with betrayal or wanting to free themselves and recover from exploitive relationships and situations. Developed under the guidance of Meadows Senior Fellow Dr. Patrick Carnes, this workshop helps participants understand how destructive betrayal bonds are and how we can heal from them. Learn more today.